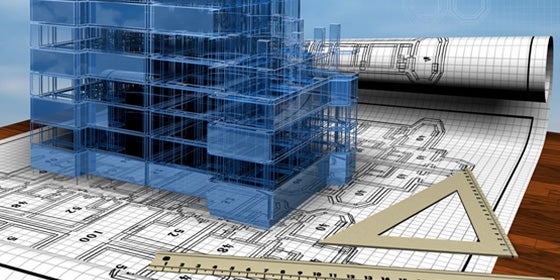 Housing starts in the Vancouver Census Metropolitan Area (CMA) were trending at 27,495 units in November compared with 26,082 units in October, said the CMHC. The trend is a six-month moving average of the monthly seasonally adjusted annual rates (SAAR) of housing starts.“Total housing starts trended higher in November due to a large number of apartment starts in the City of Vancouver,” said Robyn Adamache, CMHC's principal market analyst for Vancouver. “2016 is shaping up to be a record year for housing starts as builders add much-needed supply in the region.”Housing starts in the Abbotsford-Mission CMA were trending at 965 units in November, down from 1,152 units in October. The CMHC added that this downward trend extended across all home types in the CMA.Across Canada, the trend measure of housing starts was 199,135 units in November, down very slightly from the 199,641 in October, reported the CMHC.“Housing starts kept a steady pace in November as upward trends observed in British Columbia and the Prairies offset downward trends recorded in Ontario, Quebec and the Atlantic provinces,” said Bob Dugan, CMHC’s chief economist. “We’re also seeing that housing starts are on track to have moderated in 2016 compared to 2015 in most centres where we detected overbuilding.”CMHC uses six-month moving averages to account for considerable swings in monthly estimates and obtain a more complete picture of the state of the housing market. In some situations, said the CMHC, analyzing only the monthly seasonally adjusted data can be misleading in some markets, as they can be variable from one month to the next.Building PermitsBuilding permit values in Metro Vancouver recovered in October compared with the slide seen the previous month, reported Statistics Canada, also on December 8.Permits for new home construction in the Vancouver CMA in October 2016 were valued at just under $510 million, said the federal statistics agency – a substantial rise of 51.2 per cent above September’s weak results, which is down less than one per cent compared with the same month last year.The monthly boost since September was mostly driven by condo-apartment buildings, for which there were more than $295 million of permits issued in October, a fall of 0.7 per cent year over year but a doubling of more than 100 per cent month over month.That was more than double the value of permits issued for single-family homes in October, which totalled $121.4 million worth of permits issued for, a drop of 11.7 per cent year over year and a decline of 1.5 per cent month-over-month.Townhouse and row home building permits had a much stronger showing in October, rising to $85.4 million in total value, a year-over-year leap of 137.1 per cent, and up 40.7 per cent compared with the previous month.Permit values for new duplex construction, although they are more volatile as a much smaller segment of the market, recovered a little in October. At $2.66 million, the values were up 12.3 year over year and 55.5 per cent since September.Across the province as a whole, there were $771 million worth of residential building permits issued in October – a rise of 2.9 per cent from this time last year and up 12.7 compared with a weak September.Canada-wide, home construction permit values jumped again, led by some very strong year-over-year growth in Nova Scotia, Manitoba, Ontario, Prince Edward Island and Alberta. Total building permits nationwide rose considerably in October to $5.67 billion, up by 17.4 per cent year over year and a 26 per cent rise over the previous month.
The information on this website is provided for the user’s convenience as a basic starting point and it is not a substitute for getting legal advice. Please consult with your Lawyer for expert legal advise.