Population density is the measure of the number of people per unit area, commonly represented as people per square mile (or square kilometer).

Most residents own their homes; only 12% of households are rented.The majority of property owners are between the ages of 35 and 44,followed by those aged 45 to 64.

In the next 30 years, Metro Vancouver is expected to grow by 1.2 millionresidents, reaching 3.4 million by 2041. To varying degrees, this increase will take place in all communities. As a small rural community, Anmore is not expected to absorb a significant portion of this regional growth – although by 2041, itscurrent population of approximately 2,200 is expected to almost double to about 4,000 residents.The Metro Vancouver Regional Growth Strategy (RGS) sets out land usepolicies intended to focus regional growth within urban service areas,supported by transportation networks, regional infrastructure andcommunity services.

There are two main streets in Anmore both of which terminate at Port Moody.

Sunnyside Road runs primarily north-south from the near sea-level western entrance of the village to the entrance of Buntzen Lake at the northern end of the village. East Road enters Anmore from Heritage Mountain, and runs primarily north-south until about the 4-kilometre (2.5 mi) mark where it turns and runs east-west until its termination at Sunnyside Road. There are several proposed plans to build another street between Port Moody and Anmore.

As part of Metro Vancouver, Anmore is connected to the TransLink public transit system and is served by the 182 Community Shuttle bus that runs down both major streets, Sunnyside Road and East Road. Supplemental summertime service to Buntzen Lake is provided by the 179 service from Coquitlam Central Station.

Welcome to living in the Tri-Cities, traditionally the preferred choice of families moving to Metro Vancouver. The right mix of Urbanism, Nature, great neighborhoods, transit and Activities make these communities very activities to young families as well as Adults who prefer a softer approach to Urban living 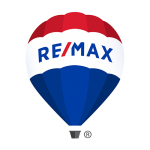