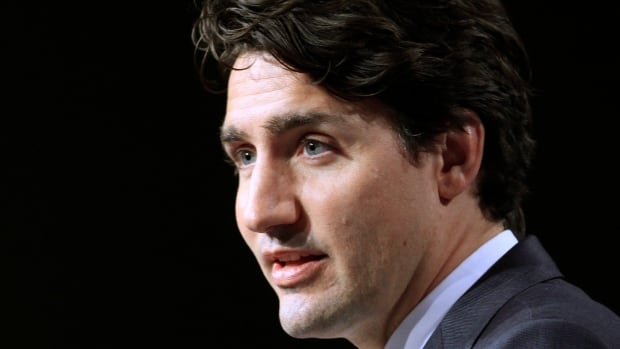 Prime Minister Justin Trudeau has made the federal government's first commitment to move forward with a plan to ban asbestos.Trudeau made the comments Tuesday while speaking at Canada's building trades union policy conference in Ottawa."We've actually made the commitment that we are moving forward on a ban … here in Canada," said Trudeau in response to a question from a trade union leader. "We know that its impact on workers far outweighs any benefits that it might provide."Canada continues to import construction products and automotive parts that contain the toxic fibre, but this country no longer exports the material.After the event, officials in the Prime Minister's Office confirmed the government is currently reviewing its strategy on asbestos, including looking at a potential ban.It's the kind of commitment that labour and public health groups across the country have been waiting to hear.Government developing registryHassan Yussuff, president of the Canadian Labour Congress, said Tuesday evening he hopes the government makes an official announcement about plans to implement a comprehensive ban — before Parliament rises for the summer.Public Services and Procurement Canada announced in April it plans to ban the use of asbestos in that department's construction projects, but there has been no government-wide move to ban the material.Public Services Minister Judy Foote has also said her department is developing a registry of its buildings that contain asbestos, and several other departments are following that lead.In the meantime CBC has started a registry.Trudeau said Tuesday that a registry will also be a government-wide initiative."We're making sure that we are putting forward a registry of all buildings that have asbestos in them and we are moving to ban asbestos," repeated Trudeau.  CLC calls for more than banThe Canadian Labour Congress wants to see more than a comprehensive ban and a registry of federal buildings.The CLC is calling for:Like so many workers across Canada, the CLC's Hassan Yussuff was exposed to asbestos during work, in his case, as a mechanic.Asbestos is known to cause deadly cancers and lung diseases, and has already been banned in Europe, Australia and Japan. The World Health Organization recommends replacing asbestos with safer substitutes.About 2,000 Canadians die of asbestos-related diseases every year — many of those deaths have been linked to asbestos exposure in the workplace.
The information on this website is provided for the user’s convenience as a basic starting point and it is not a substitute for getting legal advice. Please consult with your Lawyer for expert legal advise.